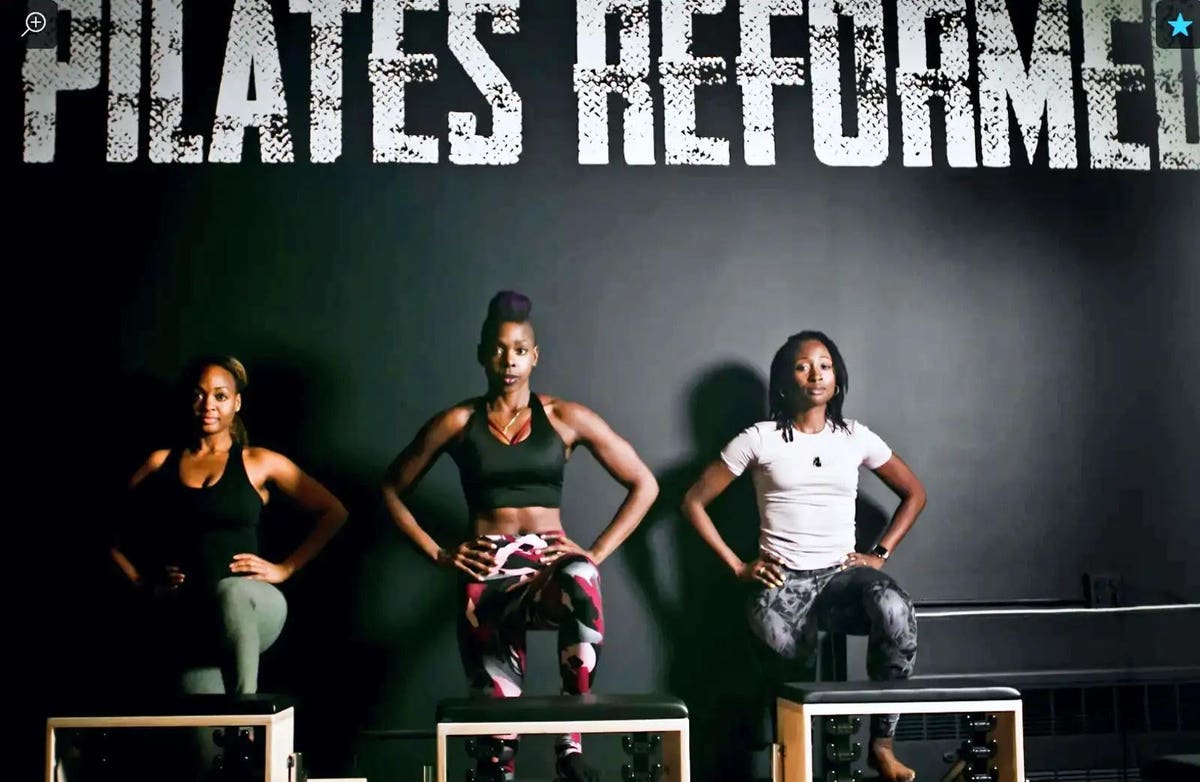 Behind the splashy headlines of unicorn founders and companies lies a segment of the population swimming upstream without apology or designated path to equally successful outcomes. One of the fastest-growing demographics for entrepreneurs is black female-led ventures representing nearly 2.7 million new businesses in the US, according to recent JP Morgan statistics. Many black women are taking matters into their own hands, choosing to connect their businesses more directly to the communities they serve.

With the State Small Business Credit Initiative, the federal government is stepping up efforts to expand low-cost loans and investments for underserved small business owners. Yet, many new ventures still rely on self-funded mechanisms to get their projects off the ground.

Ife Obi, the “Grace Jones” of Fitness, started The Fit In, a pilates and functional training facility in her hometown of Brooklyn, NY, using her own hard-earned money from a marketing job to get up and running. With a motto of ‘people over profits’, she is bringing awareness and education on the importance of movement and health wellness to a marginalized community in need of direct opportunities.

Her approach to business is to meet a need, initially never knowing if the concept would catch on when she first opened. However, from day one, the community showed up enthusiastically embracing her hometown studio, which has led to subsequent new locations.

Her story is not only about female entrepreneurship but the education of a young woman who faced the hardships of growing up in a less than healthy neighborhood of Brooklyn and decided to offer health-conscious opportunities that she never had.

Rod Berger: As a young person growing up in Brooklyn, what was the daily environment you faced that shaped your actions and outlook?

Ife Obi: Growing up, I didn’t have much access to safe places to move or examples of others involved in movement and fitness. Eating healthy was not generally a focus in my community of East Brooklyn.

In the ’80s and’ 90s, the place where I lived was the most dangerous area in New York. You couldn’t just go to the parks because they were where the drug deals went down. You couldn’t ride your bikes around because shootings were happening on the corners.

Many people like me never grew up with a culture of wellness or fitness. Stores with fresh vegetables and other offerings also didn’t readily exist.

Berger: What was your family dynamic like that shaped where you are today?

Obi: My dad was Nigerian, and I grew up in an immigrant household. There was considerable importance placed on education. Nigerians are very proud, and it’s as if you need three master’s degrees in a Nigerian house.

When I got kicked out of a prestigious high school, my family would have none of it and disowned me, kicking me out of the house. It was then that I had to figure things out on my own.

I had little clue what the outside world offered until I started working in other environments outside my neighborhood. It happened to be a sporting goods store in Union Square that exposed me to working out and the active choices of clientele, often from more affluent means.

With my troubles, I wanted to be a different person. So I started working out twice a day for two hours, but it wasn’t with any purpose. I dropped close to 60 pounds and felt rejuvenated. That’s what got me interested in movement at the beginning.

It wasn’t until I had a major back injury during a workout that propelled me to understand what it is to teach people movement. Of course, people are inclined just to move to move, but if done improperly, significant injury can occur, as I experienced.

My negative experiences have pushed me forward. Nigerians are not afraid to tell you that you are a failure. So being a failure in my family’s eyes pushed me to change my life. It forced me to say, “I’m going to change who I am, but I’m also going to make a lasting impact on the community.”

Berger: Talk about that drive you mentioned to make a lasting impact that led to the formation of your community-oriented business?

Obi: Years later, when I finally came to build the business, it started as a trial and error. I was traveling far out of my neighborhood just to exercise. It was expensive, but I could afford it at the time because I had a good corporate job in marketing.

But I knew that cost would be a huge barrier for others. With fitness options not available in our community, the price point, and availability to go elsewhere is a tremendous obstacle. I wanted to bring quality movement and quality wellness to the neighborhood because our community needs it more than other financially well-off areas.

Our community has the highest diabetes, obesity, and heart disease rates. Yet, there’s a hurdle to healthy movement access, healthy foods, and doctors.

I would ask myself, “Why did it take me so long to really learn and understand the importance of health and healthy movement?” It shouldn’t be the case. I shouldn’t have to go into wealthier neighborhoods to access quality movement and community interest.

I decided to drop a barebones studio and keep my corporate track in marketing. At the time, becoming a chief marketing officer (CMO) was my goal. But I would make sure that my other efforts would positively benefit the community.

Berger: Your business has grown considerably in a relatively short period. Please explain what keeps your pilot light going on the inside to further growth, commitment and your purpose?

Obi: Failure pushed me to do a complete 180 in life. I decided to change who I am while also impacting the community. I want to leave my stamp on life. I believe that time of failure in my life led to me never being content. I dropped one studio, and it did well, but soon it wasn’t enough because not enough people could sign up for classes. Then that leads to a second and third studio with other options, such as a franchise model and even supplement products to consider. It’s a blessing and a curse, but I guess it’s never truly enough.

For me, it’s about the people in this community and ensuring they’re well taken care of because this is my family. When I look at people in classes with me, they are my brothers and sisters, and I want to see us collectively continue to do better. I love being part of the growth of our community and the development of ‘us.’

It’s always been people over profit. Being an entrepreneur doesn’t necessarily define me. It’s about focusing on making sure that the community is healthy. I don’t even like to describe myself as a fitness expert. Recently, I’ve looked back at history and the early 1900s pioneers like Joseph Pilates. At the time, they were considered “culturists” acting as ambassadors of the movement. I’ve started to lean towards being a wellness culturist, mainly focusing on underserved communities and black women.

Berger: Let’s talk about education. How did your educational experiences impact your approach to health and wellness models of practice?

Obi: I entered a school for the gifted and talented in middle school, where I performed dance, but overall, my education experience lacked health learning outside of gym and recess. It wasn’t part of the program as a whole.

Today, I see a lack of importance in schools on health education. Everybody’s focused on STEM, but not as much on physical health. While scarce in my world growing up, there might be even less right now.

Starting at an early age is key and teaching kids about the basics of food through healthy food options instead of quick snacks so they can generate a palette for fresh fruits and vegetables. In communities with less access to fresh options, the same commitment can occur with frozen fruits and vegetables. Not everything has to be organic, but simply introducing healthy choices early on is important.

Adding a level of education for parents and the kids is essential. After all, the parents are the ones who will be purchasing the food.

Most of our clients at The Fit In are 35 years and up. They’re older and tend to have families and kids. If they understand why health and wellness are vital, they can pass that knowledge down to their kids and spouses.

Ife Obi had the option to hunker down in her community as an immigrant and accept the status quo as a forgone conclusion. Instead, Obi chose to punch first. As a result, she has not only pierced cultural assumptions but also architected a new and vibrant path for community members of all shapes and sizes, backgrounds and interests into one ecosystem of healthy living.

The ‘American Dream’ appears to be alive and well. Class is about to begin and Obi expects your participation.

Interviews have been edited and condensed for clarity.