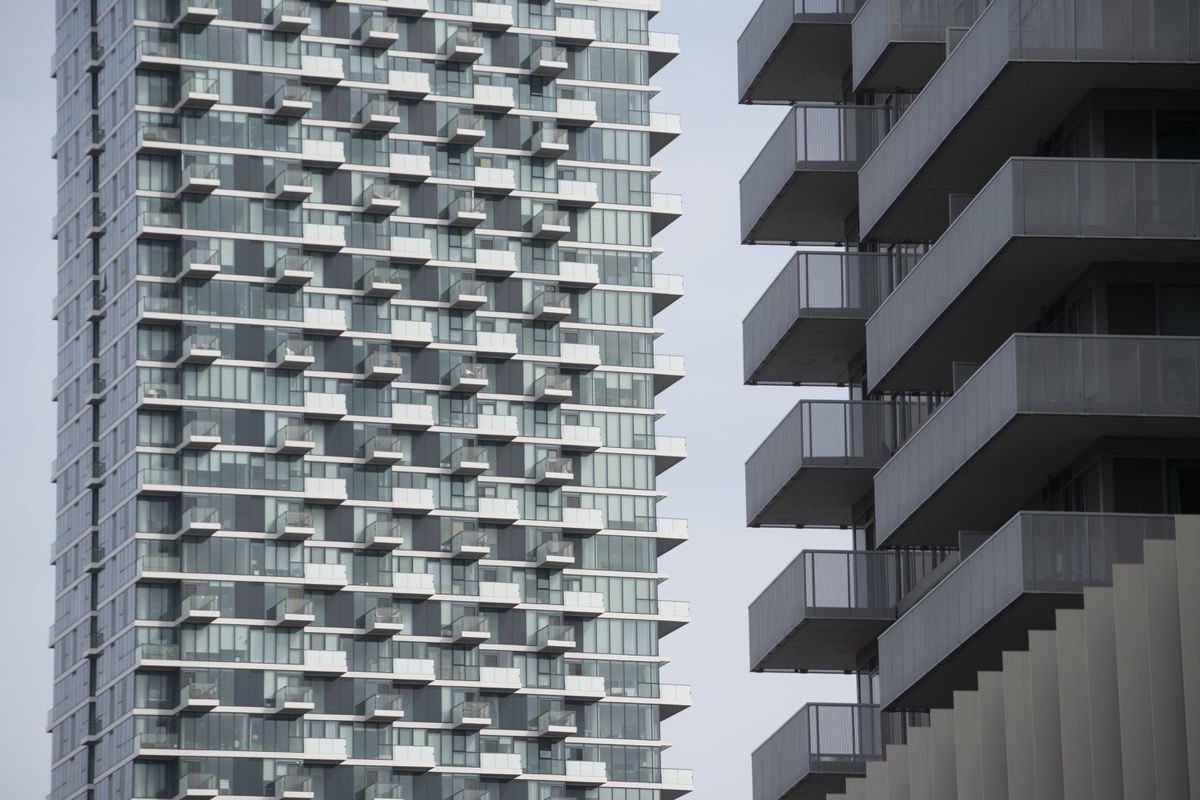 Condominium residents who use electronic voting systems to cast ballots for by-law changes, condo board elections or other measures may not know that, in some cases, who they are and what they voted for is being tallied up and displayed ahead of decision day by those running the election.

“To me that’s totally unethical,” said Brian Horlick, a lawyer and condo specialist with Horlick Levitt Di Lella LLP. “You can’t be breaching confidentiality of the owners. It’s not a joke; it’s a democratic process. No manager should be saying ‘Hey buddy the other side is winning’, or ‘That bum is looking like he might lose.'”

There are millions of condo owners in Canada and thousands of individual condominium or strata corporations that govern the buildings and many have moved away from in-person meetings for elections and other voting matters over the course of the COVID-19 pandemic. Some governments, Ontario included, have made temporary legislative changes that allow boards to move away from collecting paper ballots in a shoebox and instead allow electronically cast votes to be binding. (British Columbia has left older rules in place.)

In Ontario, there are virtually no rules governing what form of electronic balloting is acceptable and no regulations defining what sort of confidentiality owners should expect.

The Condominium Authority of Ontario (CAO), an arm’s length regulator empowered by the province to provide governance guidance to 12,120 condo corporations and more than 42,000 directors of those corporations, issued a statement Monday about reports of confidentiality breaches.

“The CAO is aware of potential issues with advanced voting functions in some electronic platforms. We strongly encourage condominium corporations to look for electronic voting platforms that ensure voting is secure, confidential, fair and transparent.” The statement also suggested “corporations should choose a system that best meets their needs” and suggested several methods of voting that could be valid, including “e-mail, phone, a poll during a virtual meeting, or a commercial e-voting platform. “

In a letter sent to the Condominium Management Regulatory Authority of Ontario in December, William Stratas, of condominium investigators Eagle Audit Advantage, urged the regulator to take action to prevent managers from employing software that allows access to early voting results.

Mr Stratas singled out one company, Toronto-based GetQuorum, as an example of a provider whose software does not keep condo votes confidential.

GetQuorum CEO Ben Zelikovitz doesn’t deny it is possible for someone with access to his company’s software – which can provide a running tally of a vote in progress – to act unethically. But he said he hasn’t seen any tangible examples of it happening.

“Could they be using the tallies for nefarious reasons? Potentially. But I don’t dictate to them what they do or when they access it,” he said. “What we do is provide a legally compliant service … there’s no justification under the Condo Act to deny that request.”

The old paper proxy ballots had some of the same confidentiality issues, but with most voting happening digitally now the ethical questions are only more urgent.

“We see it as a problem there are some boards or directors who want to have access to this info ahead of time,” said Rodrigue Escayola, a lawyer and partner with Gowling WLG International Ltd. Mr Escayola said the only tally a voting platform should share with the condo manager or board is whether the measure will meet quorum, which was GetQuorum’s initial mandate when it launched in 2016. “I cannot see any other circumstance where there’s a valid reason to have [that info]. They would be able to see a voting pattern; that’s a piece of information that’s problematic.”

A software dashboard of votes cast may be a selling feature for GetQuorum though. Mr Horlick started his own e-voting system, HLD Meetings, after running into capacity issues with other platforms. He said other systems might give an edge to incumbent directors and he designed his system to verify a voter, anonymize their vote and not display any results until the election closes.

“Honestly, there’s been a lot of managers whose first question is, ‘Will you let us know in advance how the voting is going?'” said Bharat Kapoor, a lawyer who works with the HLD Meetings team. “This is impossible, this is not right … and I’ve lost meetings for that.”

Mr Zelikovitz said that his company got its start when Crossbridge Condominium Services Ltd., one of the largest condo management firms in Canada, approached him about commercializing the service after he had cobbled IT together with his co-founder during a campaign they waged to unseat the board of the condo tower they lived in. GetQuorum in now on Crossbridge’s vendor list for the hundreds of condo corporations it manages.

That situation highlights the soft influence that vendors large and small can have on the all-volunteer condo boards that can turn over every few years. Vendors who sell condo corporations such services as property management, security, cleaning and even legal advice have a vested interests in maintaining cozy relationships with boards that have the ability to replace them.

Angel Reiner, CEO of property management firm Onyx Condo Management in Waterloo, Ont. said members of her team (including herself) had been pressured on a number of occasions by condo directors seeking re-election that Onyx work with platforms that provide early results.

“I had one property manager from another firm tell me: ‘At the end of the day, we like knowing. Because if we have a problem director, we want to know if they are going to get voted off the island,'” she said. “They [the condo managers] might be able to encourage that, or talk to people behind the scenes. … All of which is not good.”

Voting platform vendors are awaiting Ontario’s decision on what to include in e-voting legislation that will replace the emergency order that is set to expire in September, 2022.

“The province needs to sit down and really think about how do we want this condominium democracy to be exercised,” Escayola said. “It’s a bit of the Wild West right now.”

After this story was published online on January 20, GetQuorum sent a notice to its clients of policy changes to its service. “Effectively immediately, we have restricted access to advance proxy voting [tallies] until the time the advance voting period closes, which is typically right before the meeting,”Mr. Zelikovitz told The Globe and Mail in an interview.

He was clear that while there’s still no requirement in the law that GetQuorum make these changes – and while the software currently still makes a proxy tally available during a meeting – in the absence of clear regulations he said the company will continue to look for ways to create confidence in digital voting.

“We will work diligently to make sure we can close any other loopholes so that this is not an issue for anyone ever again. For us the most important thing is people have trust in the system we have,” he said.

Your house is your most valuable asset. We have a weekly Real Estate newsletter to help you stay on top of news on the housing market, mortgages, the latest closings and more. Sign up today.