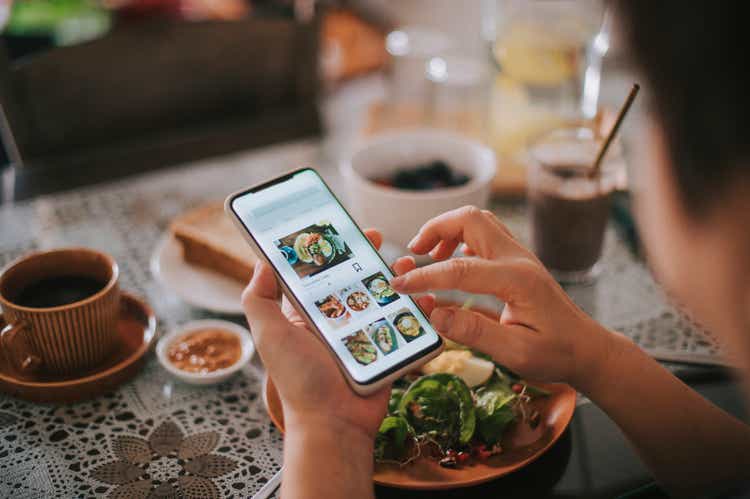 It has been a trying time for investors in advertising technology companies over the past six months. Investors have continued to see valuation multiples crumble as ad tech players were dealt with several underlying challenges.

The mobile digital advertising industry is also reeling from Apple’s (AAPL) new ATT framework while having to deal with Google’s (GOOGL) (GOOG) proposal to deprecate its Android AdID.

Digital Turbine, Inc. (NASDAQ: APPS) stock has also been impacted significantly (down more than 73% from its 2021 highs). We have continued to be baffled by the market reaction to APPS ‘underlying business model. Critics pointed to significant execution risks, coupled with a much higher level of net debt ($ 256M) due to its transformative acquisitions. But Digital Turbine has also consistently operated a profitable business model with robust free cash flows.

Notwithstanding, its recent acquisitions have also impacted its profitability markedly. Therefore, we surmise that the market remains tentative over the margins profile of its acquisitions. As a result, APPS needs to digest its margin dilution and demonstrate to investors that it can gain leverage moving forward.

Furthermore, the market has also been digesting the massive 2020 gains from ad tech players over the past year, including APPS stock. But, we observed a potential short-term counter-trend opportunity for investors to add exposure.

Accordingly, we reiterate our Buy rating on APPS stock, with a max. price target of $ 47 (implied upside of 74%).

We believe investors have been concerned with the declining profitability trend in its GAAP EBIT margins and its EPS. Digital Turbine is still working through its acquisitions, which have diluted its profitability significantly. These acquisitions also loaded the company with significant debt, so investors need to see constructive results.

Notably, the company’s EPS ($ 0.07) seems to have reached an inflection point in the previous quarter. Notwithstanding, it remains significantly below its pre-acquisition highs. However, the consensus estimates suggest that Digital Turbine could continue to gain operating leverage moving forward as it seeks to recover its treasured profitability.

Therefore, we think investors would carefully parse its upcoming FQ4 earnings card for such clues. The market was also spooked by the recent earnings releases from digital ad leaders Meta Platforms (FB) and Google. Furthermore, Unity’s (U) earnings report dropped a bombshell on investors, as it faced problems with its ad tech data attribution. Also, a weaker-than-expected guidance from The Trade Desk (TTD) corroborated a challenging quarter for ad tech players.

As a result, we believe that the market has been pricing in a much weaker than expected earnings card for Digital Turbine, given its aggressive growth estimates.

APPS Stock Was De-rated With Its Peers

A closer observation across some of its peers listed above indicates the significant compression in APPS stock valuation. Furthermore, given its premium valuation, even the Open Internet demand-side platform (DSP) leader, The Trade Desk, could not escape the multiple compression.

Is APPS Stock A Buy, Sell, Or Hold?

The massive gains from 2020 have been digested, as seen above. Moreover, APPS stock has fared much better than many other unprofitable high growth stocks, seeing their stocks reach or break below their COVID lows.

Therefore, the day of reckoning has finally arrived for investors who concentrated their portfolios on unprofitable growth stocks. As a result, the Fed-induced craze has come to an abrupt end. Notwithstanding, given its colossal gains from 2020, APPS stock could hardly avoid the retracement, even though it remained FCF profitable.

Still, we observed that a potential bottom could be forming on its monthly chart. Given its inherent volatility, investors can consider adding exposure with a near-term price target to cut exposure (partially or fully) and protect gains.

We reiterate our Buy rating on APPS stockwith a price target of $ 47 (implied upside of 74% at writing).