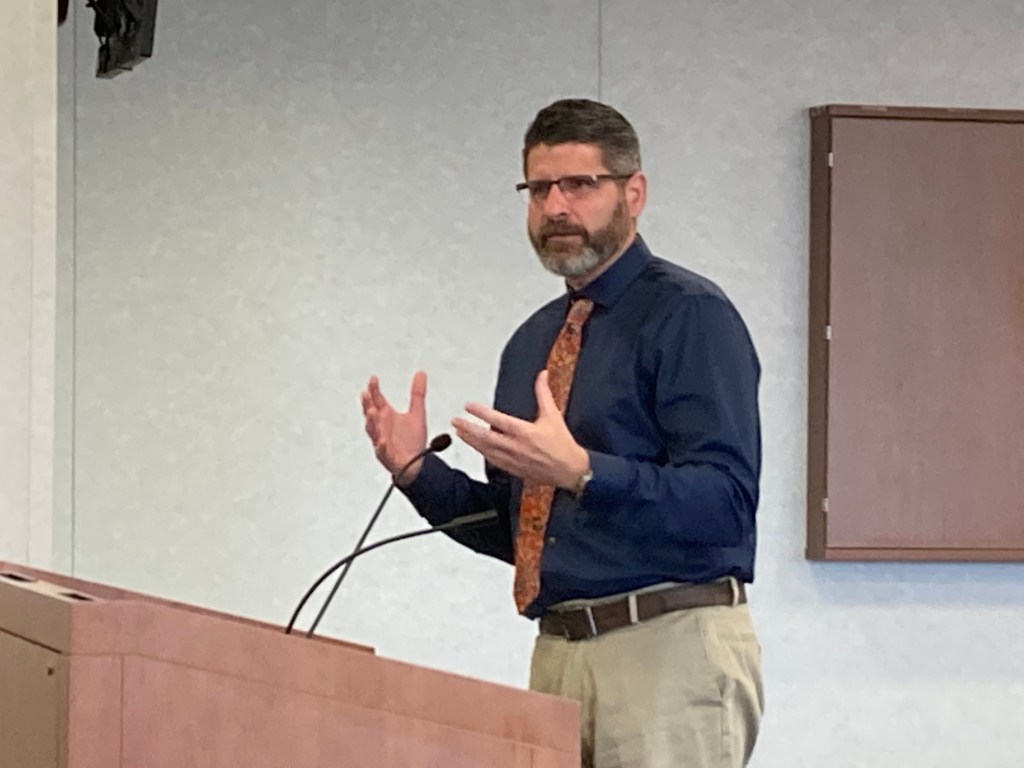 An increase of opioid overdoses in Lorain County with two spikes within the first seven days of May, should signal that early education likely could prevent deaths.

The unusually high rates of opioid overdose-related emergency department visits occurred May 1 and May 7.

And Lorain County Public Health officials announced that this was the first time that two anomalies have occurred in such a close time period.

This is very concerning.

Lorain County Public Health Commissioner Mark Adams told county commissioners during their weekly meeting May 11 that people in this community are continuing to die from opioid overdoses.

Adams also announced a sobering statistic, that already this year, 33 people have died from opioid overdoses.

And it’s not just this year that we’re seeing the disturbing numbers.

A year earlier, at the beginning of the pandemic coronavirus novel, 143 people died from opioid overdoses.

And 2019 wasn’t much better either, when 106 people died from overdoses.

Many of the overdoses are attributed to fentanyl, which is a dangerous synthetic opioid that you can’t see, smell or taste.

Fentanyl is being mixed with street drugs, including cocaine, methamphetamine and heroin.

And the effects of the pandemic continue their ripple impact on overall health in Lorain County.

Adams also revealed that had it not been for the availability of naloxone, which can reverse an overdose when administered, overdose deaths would be much higher.

Narcan, used by local public safety departments, is a form of naloxone.

Adams believes the despair, loneliness and uncertainty of the pandemic pushed people into vulnerable places where they become more susceptible to drug abuse.

He added that some people’s mind starts going in areas it wasn’t going before.

Coincidentally, during the May 11 commissioners’ meeting, they approved Tom Stuber, former president and CEO of The LCADA Way, to represent Lorain County in a state organization set up to distribute money it is receiving in opioid court settlements.

That money is likely to be used in programs designed to battle opioid addiction.

But, education is needed to prevent or deter people from consuming dangerous drugs, especially the young people in this community.

And, the state wants to introduce a law to teach school students about the harmful effects of illicit drug use.

There is a bill pending in the Ohio House of Representatives on drug prevention.

It also requires the board of education of each local district to select a health curriculum that includes instruction on the dangers of prescription opioid abuse.

According to the language in the proposed bill, based on national data provided by the National Institute of Drug Addiction and the most recent Centers for Disease Control and Prevention regarding prescription opioid abuse and heroin abuse, prevention education is vital to all students in primary and secondary schools.

The grade recommendations are K-12 and curriculum provided should be developed and subsequently modified to match industry standards.

And if the overdoses aren’t enough regarding health, Adams warns that cancer diagnoses are exploding.

During the pandemic, many people put off routine medical screenings.

As a result, there has been a surge in stage 3 and stage 4 cancer diagnoses.

Adams is recommending returning to medical check-ups and regular exercise.

For many years, Lorain County Public Health has urged the public to get outside and start walking.

There are some people who will continue abusing opiates.

But, early education likely can save lives.