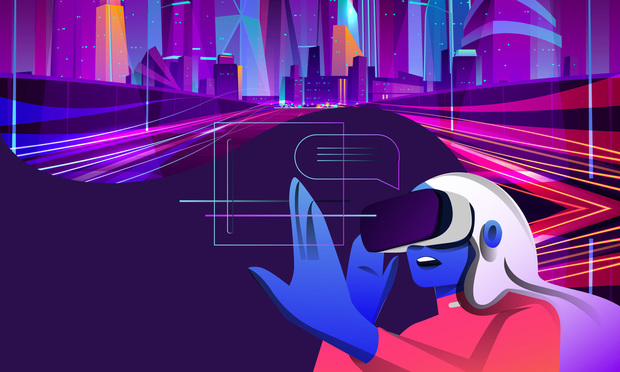 Whether it’s multifamily companies tailoring apartment pitches to younger clientele or whether a new medium might offer benefits to commercial real estate professionals, the metaverse has become a serious business topic.

The idea of ​​people wanting to partake of virtual worlds is ancient in Internet time. Second Life, a multimedia platform where people can create images of themselves (avatars) and interact with others, is nearly 20 years old. Graphical role-playing games with interaction between players goes back to the early 1990s.

Sometimes people quickly jump onto technical opportunities, like the first pizza order by computer in 1974according to Smithsonian Magazine. But it frequently takes time for entrepreneurs to experiment and find new ways to employ technology in their industries, and then for analyst firms to catch up.

The metaverse concept has reached that stage. Strategy Analytics recently released a white paper about the metaverse market landscape, with such major players as Apple, Google, Meta, Microsoft, and Snap. There is no interoperability at the moment, and no telling when that might happen.

Why would that matter to a CRE pro? Because if you plan to make use of the metaverse in any form, it’s important to realize that the fractured nature means no single playground and no guarantee of what property ownership might mean. Knowing who might be on top is going to be critical. Currently, it’s either choose the winner or spread your bets across multiple likelies, with who’s up and down being a question of constant change.

Since Facebook CEO Mark Zuckerberg changed his company’s name to Meta and jumped aboard the web-based 3D reality bandwagon, things have moved hot and heavy. “Many companies, hoping to capitalize on the buzz, have adopted the metaverse moniker,” Strategy Analytics writes. “The metaverse describes the trajectory that the VR and AR industries were heading, so the hype has had a positive influence, allowing them to raise finance and get to market quicker, creating a virtuous cycle.”

The analyst firm defines the metaverse as “a persistent, synchronous, decentralized, multiuser environment through which users can interact, create content, and access third party services.” To translate, it’s ongoing, people interact in real time, they can create content and generate and access services that people might use. Plus, all this has virtual reality (VR or augmented reality (AR) layered on top, providing additional information and content.

Who’s on top at the moment seems to be Meta, but it’s by a thin margin. Various competitors, which also includes a slew of startups, have varying advantages in terms of aspects of necessary technology where they are more proficient. “As shown by the Apple ‘iPhone Moment’ scenario, a single successful product launch can change a company’s market positioning almost overnight, along with influencing the position of other players,” as Strategy Analytics notes.

And, to extend the analogy, there can always be the “Blackberry Moment,” when a company once on top of a market suddenly goes tumbling to the side.