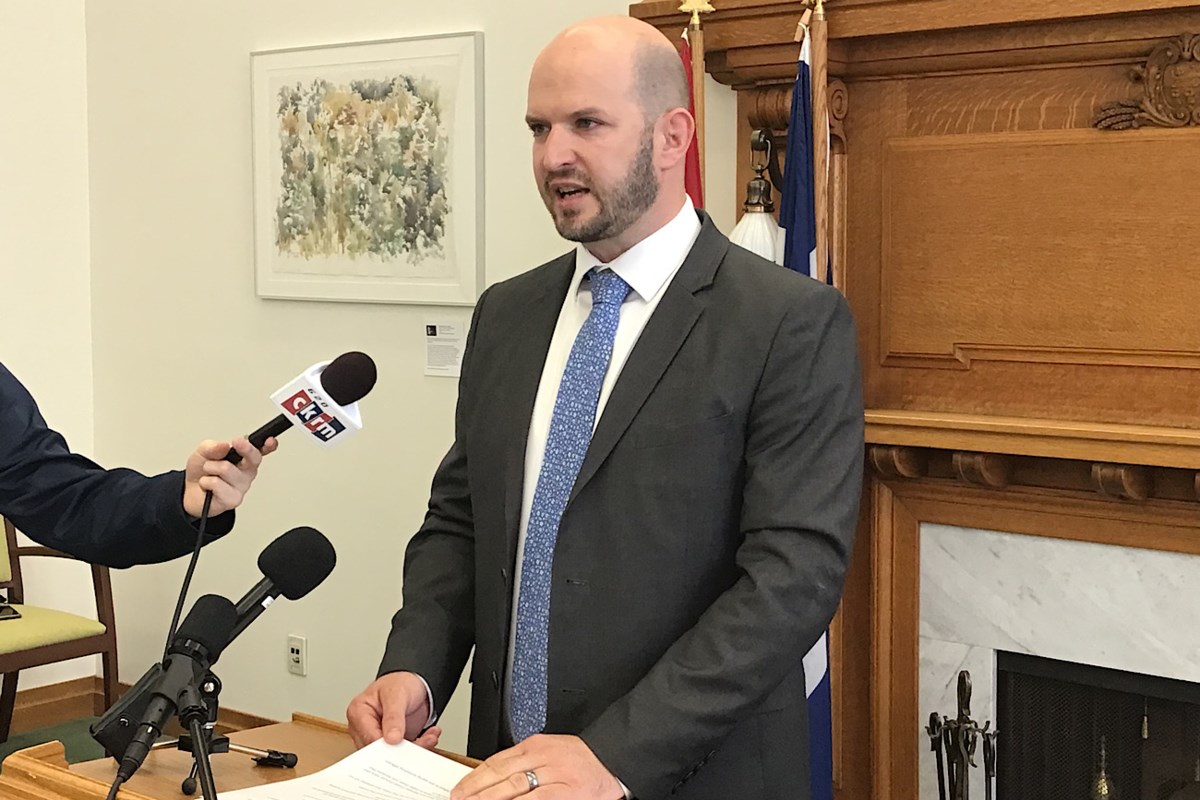 REGINA – The opposition New Democrats ramped up their pressure on the governing Sask Party on the education issue Thursday.

At a news conference at the Legislature, the party’s Education critic Matt Love accused Premier Scott Moe and Education Minister Dustin Duncan of misrepresenting the amount of funding available in school division reserves.

“I’m here today calling on Minister Duncan and Premier Moe to retract the comments, apologize, and stop blaming school divisions for not being able to do enough with the little money that they get each year. “

He accused the government of underfunding education “for year after year after year.” He called for an emergency funding package of $ 50 million to “avoid cutting some of the essential teaching and support positions that our children rely on.” He also called for a commitment to “adequate, predictable” funding for education each year to address inflation, enrollment and other pressures.

During his remarks Love took aim at Premier Moe for his recent trade mission to the USA, as well as for his comments to reporters upon his return at the Saskatoon airport. During those remarks Moe had expressed surprise that school divisions were considering imposing lunchroom supervision fees, noting that funding for education had gone up. Moe contended that school divisions could turn to reserves to deal with costs.

“Scott Moe has the audacity to jetset to New York during an affordability crisis, and then stand at an airport blaming school boards for not balancing their books,” said Love.

Love accused Premier Moe of “starving school boards of funding” and then “turning around and schooling them for being broken.”

“Let’s be clear. Someone is to blame for all of this and it is not our school divisions. ”

Love noted Moe had claimed school board reserves had gone up, but said the school boards he has talked to have said something different.

“Since 2017 reserves have generally shrunk, and for some school divisions reserves are tiny and they cannot be relied on to cover the cost of operating.”

He lap noted reserves had shrunk on average 30 percent since 2017.

Love also waved a government briefing note the NDP had obtained from a Freedom of Information request, one which he said stated that school board reserves are not a pot of gold that can be emptied on school operations.

Love made the point the government memo was there for the Premier and Education Minister to see. “But they came out with misinformation, because they cannot stomach responsibility for the situation they have caused.”

The political fight over education funding has particularly erupted in the wake of moves by various Saskatchewan school divisions to pass on costs of lunchroom supervision to parents.

The comments from Love came just one day after the Regina Catholic School Division board held a special meeting and passed their budget for 2022-23. That budget includes a lunchroom supervision fee for the first time.

The Regina Catholic division budget calls for $ 70 supervision fees for kids in grades one to eight, and $ 35 for kindergarten students, with a maximum of $ 140 for families.

Love noted similar moves were happening this year in Saskatoon, and he also pointed to a similar decisions made in previous years in Regina public schools.

“What this points to is a problem year after year of year of underfunding education, forcing divisions into a position where they have to make decisions that they don’t want to make.”

Love made it known he wanted a continued investment every year into education. As for what level of funding he would consider acceptable, he wanted it to be stable and predictable, and keeping pace with increases in enrollment, inflation, and student needs, including complex needs such as mental health or students new to Canada.

As for government claims of more funding towards education, Love said “of course it’s record funding for education, but that doesn’t mean that funding is meeting the needs of our complex and crowded classrooms.”