Dignitaries joined philanthropists and academics at TRU’s Wells Gray Education and Research Center (WGERC) on June 2 to celebrate the donors and volunteers who brought the center to fruition. 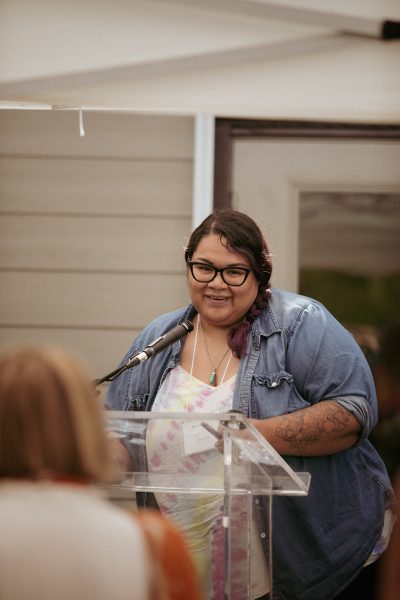 Simpcw First Nation cultural co-ordinator Rachael Bowser opened the event with a Secwépemc blessing. The WGERC is located on the traditional lands of the Simpcw and Tsq’escen ‘within Secwepemcúlucw. Speakers at the event included Simpcw Coun. Amanda Celesta, Clearwater Mayor Merlin Blackwell, Odette Dempsey-Caputo on behalf of MP Frank Caputo and former MLA and attorney-general Bud Smith, who grew up in the area. According to former TRU dean of science and Wells Gray project champion, Dr. Tom Dickinson, Smith was instrumental in making the project happen.

A wall of recognition was unveiled by TRU President and Vice-Chancellor Brett Fairbairn and Dean of Science Greg Anderson. While the event was held to recognize past donors, the giving kept on going. Volcanologist Dr. Catherine Hickson announced a donation of $ 52,300 to purchase additional teaching materials, trail maintenance and signage. On behalf of the Wells Gray Wilderness Society, Hickson also presented a framed print of The Eagle by renowned artist Robert Bateman.

In addition, a topographically colored map was presented by local artist Doris Laner.

TRU’s involvement at Wells Gray Park stems from a plan created in 1985 that called for the development of a facility that would promote public education and research into the park’s natural values. 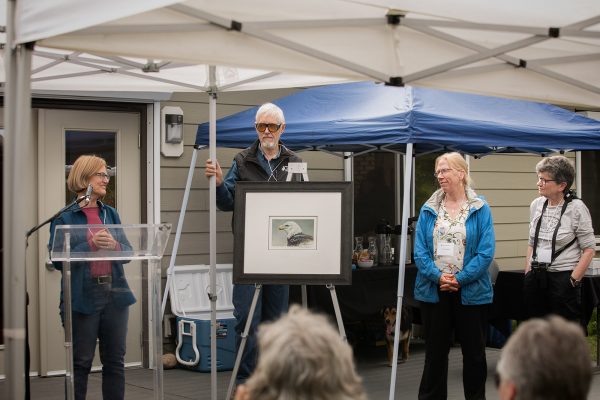 In 1992, School District 56 donated a one-room schoolhouse – last used in the late 1950s – to the University College of the Cariboo. The site incorporates the buildings from the original schoolhouse on a five-hectare lot of land donated by Trevor Goward and Helen Knight. Roland and Anne Neave donated 160 acres of land so students could study a wetlands ecosystem.

Science faculty members Dr. Dr. Nancy Flood and Dr. Lyn Baldwin began teaching there, and over the years, the center has attracted writers, poets, artists and thinkers such as Robert Bateman and Wade Davis.

Donors and volunteers helped with construction on a four-season facility in 2019. It now includes a dormitory, showers, a kitchen and a classroom / dining hall. 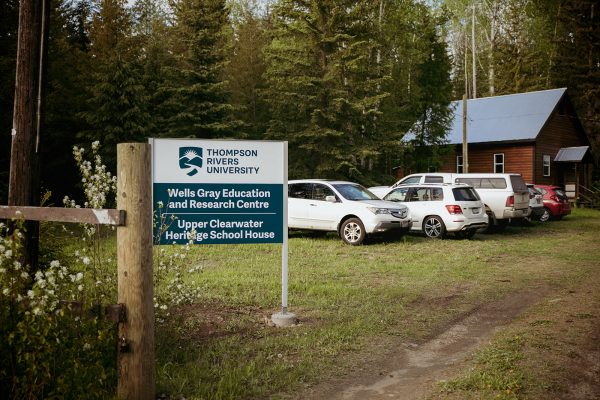 Four of TRU’s deans of science involved in the project over the years attended the event: Dr. Colin James, Dr. Dr. Larry Prins, Dr. Tom Dickinson and current dean, Dr. Greg Anderson. While the project was co-ordinated by the Faculty of Science, the vision of the WGERC is for interdisciplinary access, so TRU students in other programs such as adventure tourism or arts can participate and learn from the environment.

“This hasn’t been a single person’s effort,” says Dickinson. “It hasn’t been a small number of people’s effort. It’s been a community effort, and it’s been supported by so many different people to make sure the facility would be successful. ” 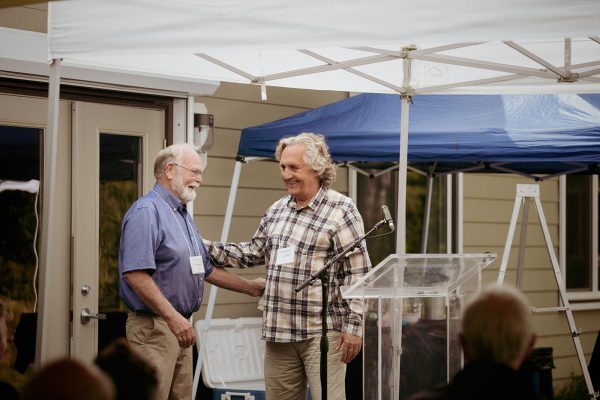 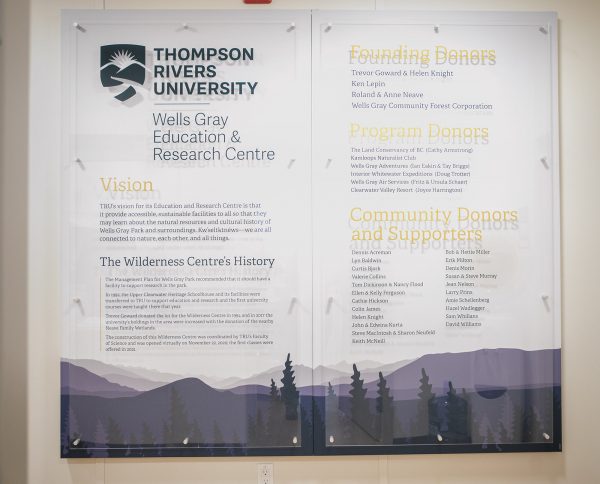 The Wall of Recognition at Wells Gray Education and Research Center. 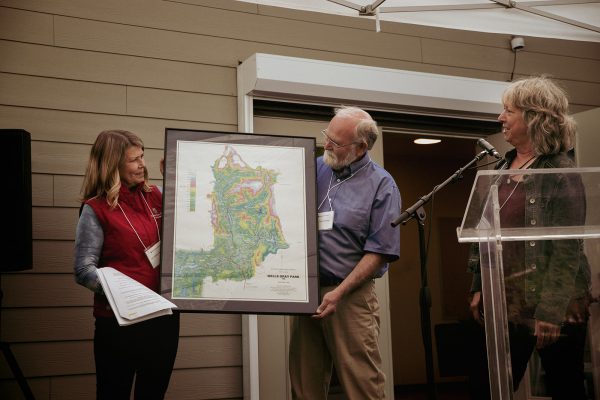 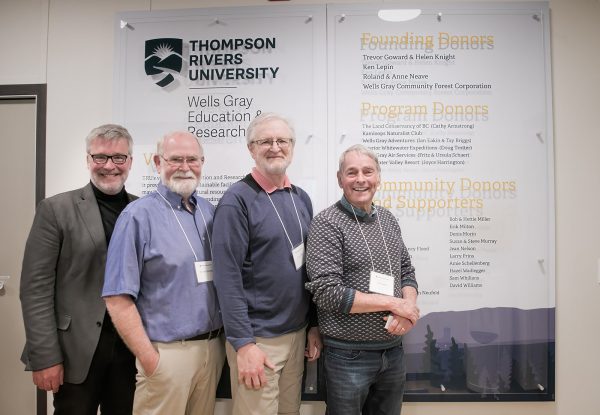 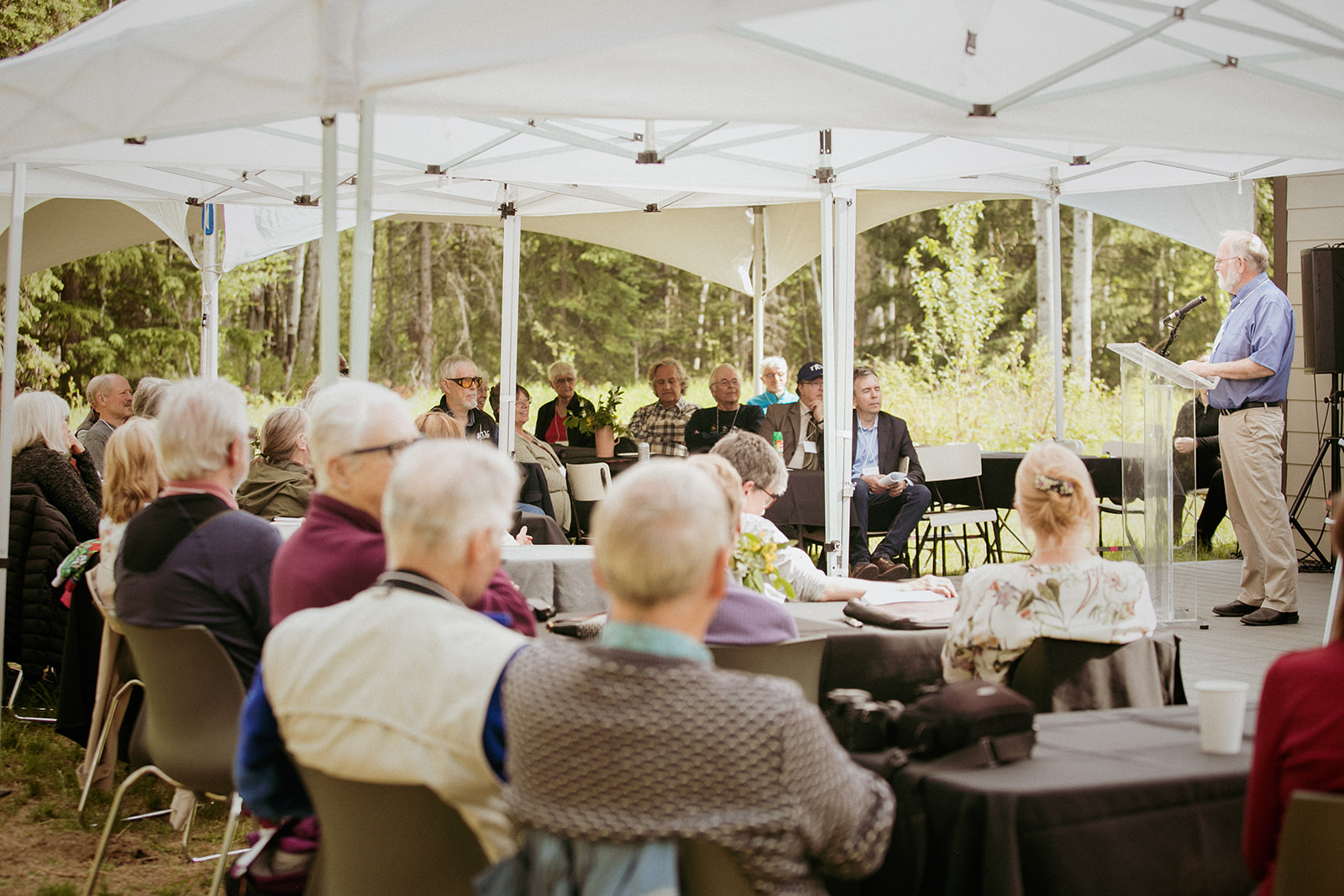 Attendees at the Wells Gray Education and Research Center event.