Shafali Verma and Smriti Mandhana are the two Indian women cricketers to be associated with Rario. 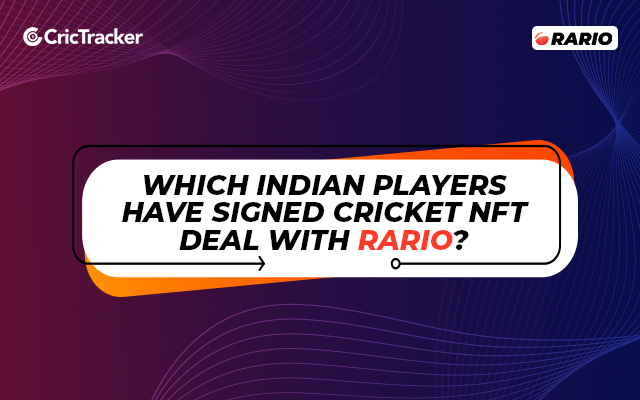 Rario is the world’s first digital collectibles platform launched for cricket fans across the world. To put it in another way, it’s a cricket NFT marketplace where one can buy, sell, and trade fully licensed cricket NFTs that include remarkable moments in the field of cricket. At Rario, fans can own their favorite cricketing moments in the form of NFTs ranging from video moments, and player cards, to artifacts.

Non-fungible tokens, or NFTs, are digital tokens that indicate ownership of unique, non-interchangeable goods in the form of images, digital art, music, and videos. Cricket NFTs are non-fungible tokens focused only on cricket. These might be a recording, photograph, or video of a noteworthy occasion in cricket history, and the ownership of each cricket NFT is documented in the blockchain.

Which Indian players are associated with Rario?

Former India players and veterans Virender Sehwag and Zaheer Khan joined hands with Rario to avail the fans of the top moments from their cricket journey. The two have been prolific in their game while playing for India. While Sehwag was known for his destructive shots, Khan used to fox the opposition batters like a daily routine with his variations. Moments from Sehwag’s first ball boundary hitting skills and Khan’s popular 10-wicket haul are all listed at Rario.

Ace India women cricketers Smriti Mandhana and Shafali Verma have also partnered with Rario. The former has had a good experience in the Indian setup, Shafali is touted to be the next superstar. The kind of cricket that the duo has played in recent times has been commendable.

Young Indian cricketers Prithvi Shaw and Ruturaj Gaikwad are also associated with Rario. The two have been phenomenal for their respective teams in the Indian T20 League since the day they joined. Shaw plays for Delhi in the tournament while Ruturaj is part of the four-time champions Chennai. Both have been strong openers for their sides and are the core members of their team.

Another sensation Venkatesh Iyer is also associated with Rario. He was fabulous for the Kolkata side last year, and as a result, earned his India call-up for the World Cup as well.

Ishant Sharma and Dinesh Karthik, one of the finest players that the Indian team has had over the year, are some of the big names associated with Rario. Though the two have not been a part of the Indian squad recently, their contribution to the game is incomparable. Sharma’s wicket-taking skills during crucial moments, especially in the longest format, and Karthik’s abilities as a finisher attribute to their success.

The pace bowling duo of Bhuvneshwar Kumar and Mohammad Siraj have displayed some brilliant performances for their national side, as well as their franchises. Bhuvneshwar Kumar’s experience adds a lot of value to the game, whereas Siraj, at this time in his career, looks to learn from the experienced players on the side.

All these sensational players have been associated with Rario, giving the fans an opportunity to collect the legendary moments that these players have created in their careers. Apart from buying, Rario also provides the owners to sell and trade them as they engage with each other at the Rarioverse- the cricket NFT platform.

Sign up on Rario now at https://rario.com/, to buy, sell and trade Rario NFTs and get a lot of featured benefits as well.